The directors of the Manager are:

Stephen McGivern is a Fellow of the Institute of Chartered Accountants with 29 years’ experience advising companies and is responsible for the Corporate Finance Department within Baker Tilly Hughes Blake. Stephen has considerable experience with EIIS/BES investments. Along with Anthuan Xavier he was responsible for establishing a BES manager in 1995 where he went on to invest €120m in over 100 Irish companies. Stephen has developed a depth of experience in sourcing investee companies, negotiating investment agreements, managing investments throughout the lifecycle and working with investee companies to exit these investments.

Stephen has also assisted companies with mergers and acquisition (“M&A”), strategic planning and selling businesses. He has acted as non-executive director for several companies including funds management, fund administration, wealth management and manufacturing. 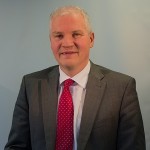 Eamonn Glancy is one of the most experienced practitioners in the wealth management industry, having spent over 21 years at Goodbody, initially as Finance Director and then as Head of Wealth Management and as a Board member. Prior to this, Eamonn worked with AIB Capital Markets where he was responsible for Group Treasury and Finance. He has worked on a number of IPO’s including major roles in Eircom, Aer Lingus and Hibernia. 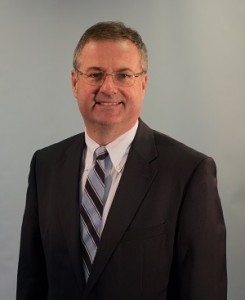 Cormac joined Goodbody in 2003 having worked as European Head of Project Finance at KBC Bank NV and Investment Director of ESB international. He has worked in investment banking for over 25 years, covering energy, infrastructure, healthcare, aircraft finance and general banking. He holds degrees in  Mechanical Engineering (BE)  and Industrial Engineering (MIE).

Cormac has completed M&A’s and advisory work for

He was appointed chairman of Transport Infrastructure Ireland (TII) on its formation in August 2015 and reappointed in 2018. Cormac was previously chairman of both the National Roads Authority and the Railway Procurement Agency which merged to become TII.

Charlie joined Goodbody in 2002 and became Chief Financial Officer in 2015. Charlie has been a member of the Goodbody Senior Management Team since 2015. Charlie has over 20 year’s experience working in financial services including previous roles as Senior Accountant, Head of Treasury Management and Head of Regulatory Reporting. Prior to Goodbody, Charlie worked with AIBIFS. Charlie is a qualified FCCA and holds a B. Comm (International) from University College Dublin.

Gerald joined Goodbody in 2013 and is currently a Director of Corporate Strategy. Gerald previously worked in Goodbody Corporate Finance and has significant experience in private fundraisings, mergers & acquisitions, and public transactions. Gerald holds a B.A. in Business & Economics from Trinity. 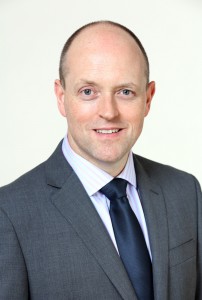 Neil Hughes is the Managing Director of Baker Tilly Hughes Blake Chartered Accountants. Neil has many years’ experience in advising businesses regarding financial matters, but specialises primarily in restructuring and corporate recovery. In particular, he has extensive experience of examinership matters and is the leading authority on the examinership process in Ireland. He is the author of ‘The Seven Cs of Business Recovery’ and ‘Examinership in Practice’ and he has lectured widely on the subject of corporate recovery. He contributes regularly to the print and broadcast media on business matters. He is Honorary Secretary of the national charity Mental Health Ireland. Mark Richardson is the Fund Management Director in Baker Tilly, with considerable experience with EIIS and BES investments. Mark has significant Corporate Finance experience in corporate structuring, fundraising, and mergers & acquisitions. Mark is a qualified Chartered Accountant and holds a Bachelor of Commerce from University College Dublin.

The Manager of the Fund is EIIS Management Limited, a joint venture company owned by Goodbody and Baker Tilly.