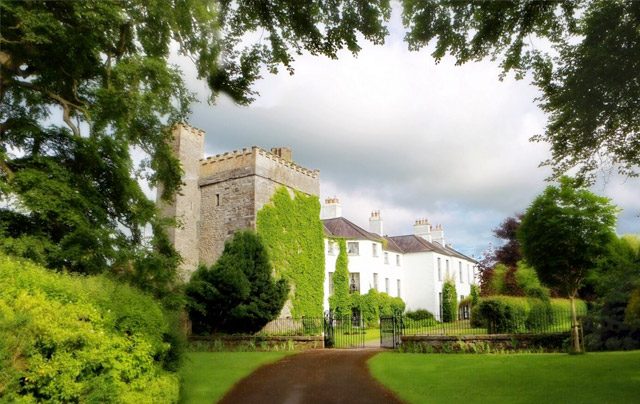 The 2015 Goodbody EIIS fund invested over €650,000 in Barberstown Castle in 2016 to enable a suite of improvements to the Castle and hotel which caters for a strong wedding trade. The funding required to build a new bar facility, renovate bedrooms, create a luxury bridal suite, upgrade the meeting rooms and finally to create a venue to cater for clients who wish to host an event on the day following their wedding ceremony. This has been achieved by converting an existing single storey cottage into an “Irish Pub” in which events can be hosted without impacting on the hotels existing wedding trade.

Barberstown Castle, located in Straffan, Co. Kildare about 5km west of Celbridge, was built in the 13th century and has undergone several extensions and renovations during its long history. When purchased by the current owner and Managing Director, Ken Healy, the property included the original Norman Castle, the Elizabethan House and the Georgian House all sitting on 10 acres. There were only 10 bedrooms when the castle was acquired in 1987.

Under the stewardship of Mr. Healy, the castle has undergone several major refurbishments and extensions to bring it to its current state. The hotel now comprises 55 ensuite guest bedrooms spread across a new bedroom wing, the Elizabethan house and the Georgian house, a medieval style function suite and hall, a Large conference room, 3 smaller meeting rooms, restaurant and two casual dining experiences.

The Manager of the Fund is EIIS Management Limited, a joint venture company owned by Goodbody and Baker Tilly.